Those of you who have been reading my blog since day dot will have been through all my life drama with me, all the James stuff, all the Kenya excitement and even my little mini breakdown around Easter….how many of you remember my post about a new craze running through Twitter? You know that hash tag….what was it? Oh yea….#rugbyunited. Back then it seemed like a phase that would eventually fade away.

In fact it has now been going strong and steadily gaining influence over my entire twitter feed for the past 27 weeks!

Now, in my last post about #rugbyunited I spoke about how the idea was flawed. The ethos was I’ll follow you and you have to follow me back or I’ll get cross with you. This didn’t wash with me. I do not use twitter to follow people I don’t engage with. I use it for news, work and more recently to raise awareness of my charity stuff. you can read my views on the whole thing in THIS post)

I have to say however that what started off as a bit of a fad has blossomed into something truly great. Not only had it gained me some great friends some of which have offered better advice than anyone else I know.  I am naming no names here, they know who they are.  I have watched as #rugbyqa has developed, a predictions game has started (#rugbyrekon), and now, the first ever rugby united charity fixture has been arranged!  They even have staff in Ireland and South Africa!!

Rugby united has come a long way from the days of being too easily comparable to #teamfollowback and that is through the tireless work of Trevor Large and his team, of which I am now officially a part and will be heading up the first ever #RugbyUnited game on the North West.  (Dates to be confirmed as soon as the venue is definite, Caldy is looking likely so please, if you know someone there put us in touch!!!)

Not only has Trev managed to unite fans across the world who share a common interest in an awesome sport, he has managed to get players engaging even more with their fans. The q&a sessions have had everyone from Glaws fave @Eliota_Sapolu to one of my childhood heroes Will Carling, and a current love Mark Cueto.  I know that Lisa Wadey has even more famous names up her sleeve and will be bringing them to the Q&A session soon.

I would like to thank Trev for everything he has done for the world of rugby, and for me personally. You have, possibly without knowing, introduced me to some amazing people all of whom have had a massive impact on the way my life over the past 6 months has panned out!  Now, can you please start making some serious cash from RU and give me a job? 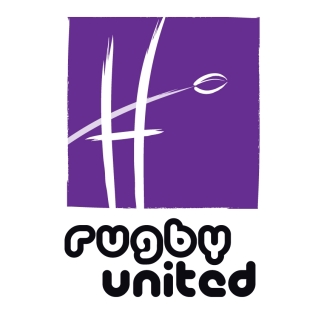 Huge apologies for the gigantic delay in this blog post.  Too much has been going on and not enough brain capacity to stop and write.  I am going to write a number of posts over the next few days/weeks that will hopefully catch you up on my life….

The first will be dedicated to my changing feelings on #rugbyunited, followed by a Kenya update (its a big un) and then an update on gemma life….There is also a possibility I will be starting a new blog which will be life in London related…… Keep your eyes peeled!

I am a bit of a chatterbox, love a good game of rugby & have a tendency to talk nonsense....so why not write it down!?